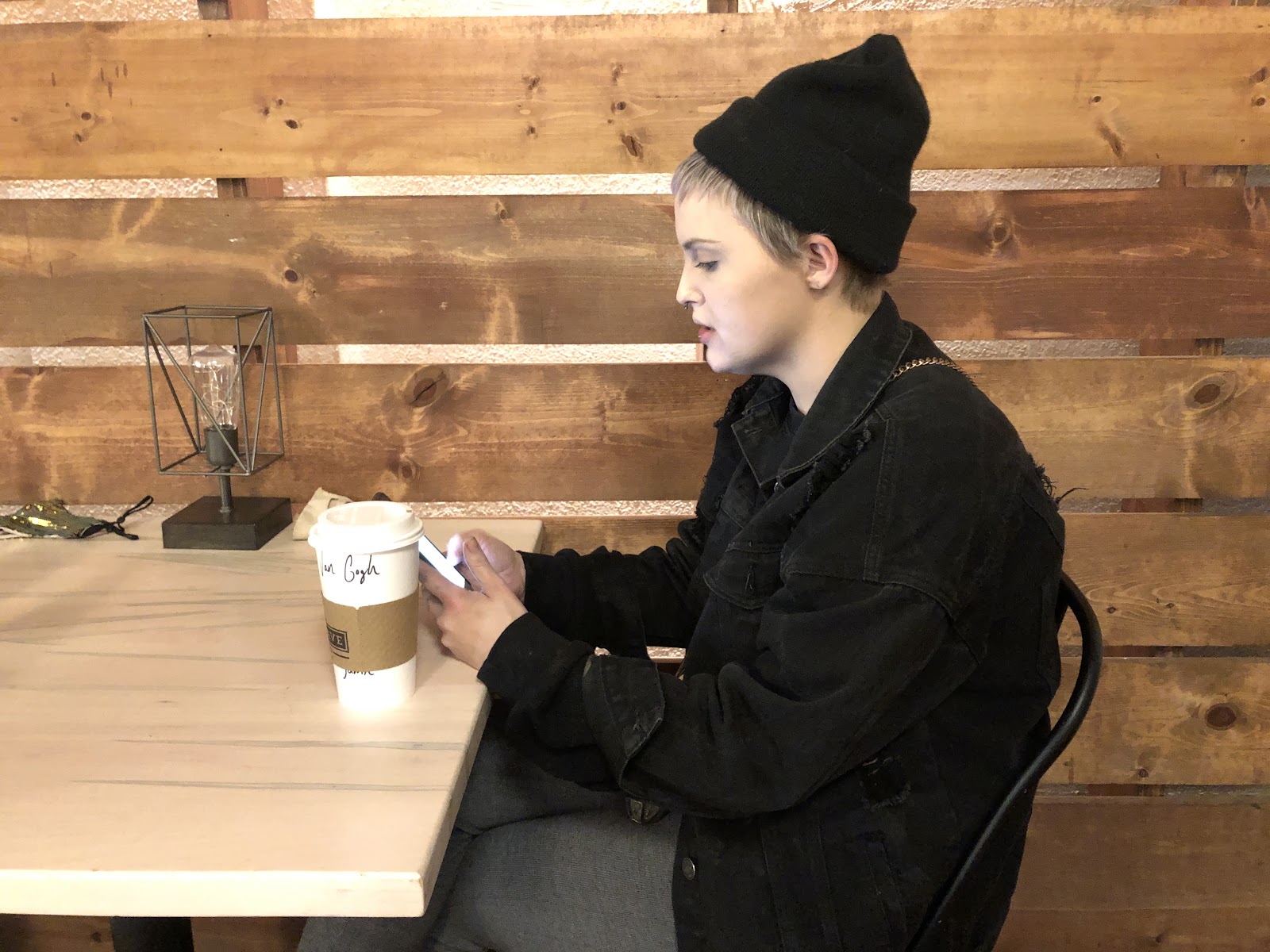 “These people don’t work alone. And that’s the scary part.”

For over a year, Katie Shelton, 25, of Springfield, has been managing an online facebook group that is dedicated to providing a space for survivors of abuse and assault in Joplin, Springfield and surrounding areas.

To Katie, and most women in the area, this work is extremely necessary. Her work includes “outing” verbally abusive men on dating sites, passing flyers around in areas that predators frequent, collecting evidence and stories, providing a space for women to tell their stories, and warning women in the area about predators. Due to this work, she has been harassed, criticised and bullied.

“That’s what predators do. Whenever they feel threatened they are going to try to silence whoever is imposing a threat to them.” But Katie says she would much rather be vocal, show support and take risks now so that generations after her, including her daughter, won’t have to be afraid anymore.

The group was started after publicly outing a rapist on her personal social media pages. She had realized that women needed a space to go to tell their stories. And tell their stories they did. Immediately the group was being filled with a plethora of stories about local men who have assaulted, raped, harassed, drugged, and abused women in the area. Following every post were comments from other women who had experienced something similar by the same person.

“It’s almost like a domino effect when you call people out,” Katie says, referring to the many women that come forward after a rapist or predator is outed. This local woman’s story is one example of how Katie and her group supported her as she outed her assaulter and told her side of a harrowing story.

“There have been a few times when people have been warned about abusers in the area that have active court cases. Someone will come to me or comment and say, ‘Oh my gosh! I was just talking to this person’ or ‘I literally just left their house’…that person was just saved.”

Stigma is created when victims become silenced. Katie discusses how it’s systemic and explains how shame creates silence. If someone is shamed for calling a predator out, they won’t want to talk about it. Silent people can’t ask for support. Silent people can’t or won’t offer support. Ignorance to the issue is what is created when people become silent. And the cycle starts over.

To survivors, she wants to reassure you, “The best thing you can do is find a support system,” she says. “If you were put into a situation that was out of your control, where you were made to feel uncomfortable or violated, then your trauma is real and valid.”

As more reassurance, know that it’s okay to speak out against your abuser. There are support and resources available to get you out of unsafe situations.

Why Do Predators Prey?

“It is very rare in the instances of rape that evidence can be collected. People need proof and evidence. It’s an attitude of ‘I didn’t see it happen, so therefore it didn’t happen.’”

This doesn’t necessarily mean that women who have been assaulted were vulnerable. When a predator sees a woman as vulnerable, or someone they could easily make vulnerable, they could easily take advantage of that situation. Although not all predators will behave the same, they share similar characteristics and manipulation tactics. This is where we see behaviors like gaslighting, power struggles and controlling tendencies.

This is who they are. Not who you are.

What is in the works next for Katie and her group? They are concerned about the recent druggings that have been taking place in downtown Joplin’s local bars. Many women have come out about their experiences which made Katie request a meeting with Joplin City Council and  talk to them about their practices regarding procedures about these situations. They denied the request. “That’s a problem. Again, this is systemic. People in power are choosing to ignore these issues that are so bad in this area,” Shelton claims. She even suggests that bar owners have test strips for potential and suspected druggings.

“To the predators,” Katie exclaims, “You’re not going to get away with this forever! People are becoming more aware. And I’m going to do the work to ensure more people become more aware so this kind of thing doesn’t happen. And to the men who aren’t predators, hold your buddies accountable. Watch what they’re doing. Pay more attention.”

We owe Katie and her team our biggest of gratitudes. Giving women a place to discuss, without judgement, the stories of their trauma so they can heal is an exceptional thing.

Katie herself wants to thank her dedicated team of moderators and researchers that have helped her on this project.